David Campbell has worked as a freelance new media producer and content specialist for many years, including roles at IBM, the BBC, various internet consultancies and the civil service. He has a broad range of interests in literature and history, including the Middle Ages, the Napoleonic era, naval warfare, and the genesis of the 'military revolution'. He is the author of CBT 007 German Infantryman vs Soviet Rifleman.

Johnny Shumate works as a freelance illustrator living in Nashville, Tennessee. He began his career in 1987 after graduating from Austin Peay State University. Most of his work is rendered in Adobe Photoshop using a Cintiq monitor. His greatest influences are Angus McBride, Don Troiani, and Edouard Detaille. 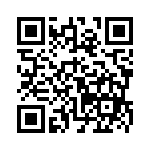