Part adventure, part biography, part true crime - this fascinating look at the initial beginnings of Bitcoin was captivating. A variety of ideals and different personalities come into play in creating ... Consulter l'avis complet

I didn't pay much attention to BitCoin when it first came out. I've done a little web development over the years, but I'm not a coder. I've also had a curiosity surrounding encryption (when I taught ... Consulter l'avis complet

Nathaniel Popper is a reporter at The New York Times. Before joining The Times, he worked at the Los Angeles Times and the Forward. Nathaniel grew up in Pittsburgh and is a graduate of Harvard College. He lives in Brooklyn with his family. 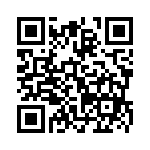