With no irony intended, How To Watch Television is structured just like a television series. Every essay starts with a third person abstract. The author then follows a framework of describing what ... Consulter l'avis complet

Ethan Thompson (Editor)
Ethan Thompson is Professor of Media Arts at Texas A&M University–Corpus Christi. He is the author of Parody and Taste in Postwar American Television Culture and co-editor of Television History, the Peabody Archive, and Cultural Memory and Satire TV: Politics and Comedy in the Post-Network Era. He directed the documentary TV Family about a forgotten forerunner to reality television.

Jason Mittell (Editor)
Jason Mittell is Professor of Film & Media Culture at Middlebury College. His books include Genre & Television: From Cop Shows to Cartoons in American Culture, Television & American Culture, and Complex Television: The Poetics of Contemporary Television Storytelling, and Narrative Theory and Adaptation. He is project manager for [in]Transition: Journal of Videographic Film & Moving Image Studies, and author of numerous video essays. 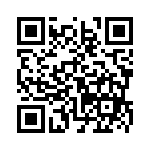