Jane Hunter garnered much acclaim in 1984 with the publication of The Gospel of Gentility: American Women Missionaries in Turn-of-the-Century China. Based on the writings of female missionaries, Hunter's book explores the life of these religious women. This fascinating book, which both examines religious practices and depicts women's roles, won the Governors Award from Yale University Press. Jane Hunter was born on January 31, 1949, in Hanover, N.H. She was educated at Yale University and has taught at Colby College and Radcliffe College. 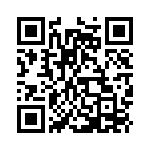