Jim Morrison: Life, Death, Legend by Stephen Davis; (3 1/2*) This is altogether a fascinating look at the tragic, fast tracked life of the gifted lead singer of the 1960s rock band, The Doors. I loved ... Consulter l'avis complet

This is an exhaustive account of the life of James Douglas Morrison. It is like someone, for the first time heard a Doors song, and asked, who is this singer? And Stephen Davis said, okay, let me tell ... Consulter l'avis complet

Stephen Davis's many acclaimed books include the Rolling Stones history Old Gods Almost Dead as well as the New York Times bestsellers Walk This Way (with Aerosmith), Fleetwood (with Mick Fleetwood), and the Led Zeppelin history Hammer of the Gods. 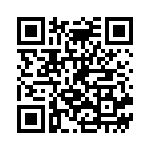