As a philosopher of science, Mary B. Hesse defends scientific methods and objectivity against their recent critics. Her work is particularly informed by the historical and social dimensions of science and by its differences from ideology. Educated in London, Hesse taught mathematics at Leeds University and taught history and philosophy of science in London before receiving a faculty appointment at Cambridge University in 1960. A fellow of the British Academy, she has been president of the Philosophy of Science Association and a Gifford lecturer. Concerned with the differences between science and other forms of thought, Hesse argues that science, at least in its limited and practical contexts, approximates truth. According to this view, the natural sciences produce convergent, if provisional, descriptions of nature. Thus, they stand in contrast to social sciences, which tend to incorporate moral assumptions in their methodology. 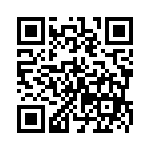