Nhan Phan-Thien began his academic career after obtaining his PhD (Sydney University, Australia, 1978) at the University of Newcastle, Australia. In 1991 he was appointed a Personal Chair in Mechanical Engineering at the University of Sydney. He was the Founding Chair in Bio Engineering at the National University of Singapore from 2000-2004. He was elected to the Australian Academy of Science in 1999, and the European Academy of Science in 2002. He published more than 290 papers and four books. His major awards include the 2003 Centenary Medal (by the Australian Governor General, for service to Australian society and science in Mechanical Engineering), the 1997 Gordon Bell Prize (for Parallel Algorithm in the Price-Performance category, by the Computer Division IEEE), the 1997 Australian Society of Rheology Medal (by the Australian Society of Rheology for distinguished contributions to Rheology), and the 1982 Edgeworth David Medal (by the Royal Society of New South Wales, for distinguished researches in science amongst younger workers in Applied Mechanics). His research interest is in the broad areas of multiphase fluids. 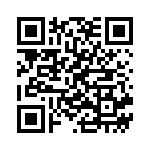