Nicolas Bourbaki is the pseudonym for a group of mathematicians that included Henri Cartan, Claude Chevalley, Jean Dieudonne, and Andres Weil. Mostly French, they emphasized an axiomatic and abstract treatment on all aspects of modern mathematics in Elements de mathematique. The first volume of Elements appeared in 1939. Subsequently, a wide variety of topics have been covered, including works on set theory, algebra, general topology, functions of a real variable, topological vector spaces, and integration. One of the goals of the Bourbaki series is to make the logical structure of mathematical concepts as transparent and intelligible as possible. The books listed below are typical of volumes written in the Bourbaki spirit and now available in English. 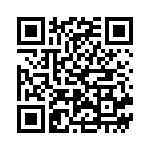