Went through 3 of the books main points (universal basic income, 15-hour workweek, and open borders) and how all of these things would contribute to overall growth for people worldwide (and not just economic growth) and the elimination of extreme poverty. Consulter l'avis complet

Picked this up awhile back and just got around to reading it. It'll be interesting to see how this book, or rather the thinking in it, ages over the next decade or so. Kudos on the title and cover ... Consulter l'avis complet

Rutger Bregman has published four books on history, philosophy and economics. He won the Belgian Liberales prize for best non-fiction book in 2013 and has twice been nominated for the prestigious European Press Prize for his journalism work. His work has been featured in the Washington Post, the Guardian and on the BBC. In 2016 he gave a TEDx talk and in April 2017 he gave a TED talk on the benefits of universal basic income. 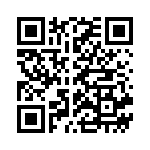