Page 1 - In addition, the law of large numbers and the central limit theorem for sums of identically distributed random variables with finite variance and some ideas on best linear prediction are given. Chapter 9, "Sums of Independent Random Variables" (23 pages), deals with the theory of characteristic functions.
Cité dans 15 livres de 1961 ŕ 2007
Page 11 - M, we shall study the behaviour in law and as of the fluctuations around these laws of large numbers (central limit theorem and law of the iterated logarithm).
Cité dans 6 livres de 1986 ŕ 1999

Michel Ledoux held first a research position with CNRS, and since 1991 is Professor at the University of Toulouse. He is moreover, since 2010, a senior member of the Institut Universitaire de France, having been also a junior member from 1997 to 2002. He has held associate editor appointments for various journals, including the Annals of Probability and Probability Theory and Related Fields (current). His research interests centre on probability, random matrices, logarithmic Sobolev inequalities, probability in Banach spaces.

Michel Talagrand has held a research position with the CNRS since 1974. His thesis was directed by Gustave Choquet and his interests revolve around the theory of stochastic processes and probability in Banach spaces, as well as the mathematical theory of spin glasses. He was invited to deliver a lecture at the International Congress of Mathematicians in 1990, and to deliver a plenary lecture at the same congress in 1998. He received the Loeve Prize (1995) and the Fermat Prize (1997) for his work in probability theory. He was elected to the Paris Academy of Sciences in 2004. 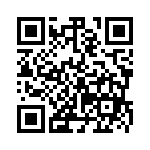