Professsor Isaac Saney is Associate Director of the Transition Year Program at Henson College, Dalhousie University. His scholarly work is in the fields of international development studies, political economy and law. A frequent visitor to Cuba, he is the author of a monograph on Cuba published by the International Development Studies Program, Saint Mary's University, Halifax, Canada, as well as many articles on Cuba, Black history and race. 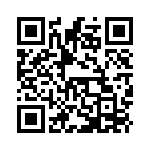