Birgit Beumers is Reader in Russian at the University of Bristol. She completed her D.Phil at St Antony’s College, Oxford and specialises on contemporary Russian culture, especially cinema and theatre. Her publications include Burnt by the Sun (2000), Nikita Mikhalkov (2005), PopCulture: Russia! (2005) and, as editor, Russia on Reels: The Russian Idea in Post-Soviet Cinema (1999) and 24 Frames: Russia and the Soviet Union (2007). She is editor of the online journal KinoKultura and of the journal Studies in Russian and Soviet Cinema.

Natalia Rulyova is a Lecturer in Russian at the Centre for Russian and East European Studies, University of Birmingham since 2006. She completed her PhD on Joseph Brodsky at the University of Cambridge. Subsequently, she was a lecturer and research fellow at the University of Surrey, where she worked on the project ‘Post-Soviet Television Culture’ headed by Stephen Hutchings. She has authored and edited a number of articles on Russian poetry in translation, film and media, and is currently co-writing a monograph on post-Soviet television culture. 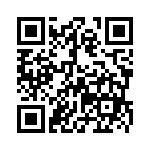