Russell W. Burns graduated from the University of Durham in 1948 with a first class honours degree in physics. Following post-graduate research he joined the Royal Naval Scientific Service in 1952. Professor Burns subsequently held various appointments in higher education in the UK and abroad, obtaining his PhD from the University of Leicester in 1976, and retired in 1989. He has been researching and writing on the history of electrical engineering for more than 30 years. He was awarded the IEE's SET Divisional Board Premium in 1993 and shared the Maxwell Premium in 1994. An IET Fellow, Professor Burns is a past chairman of the IEE's History of Technology professional group, Archives Committee and Science Education and Technology Divisional Board. 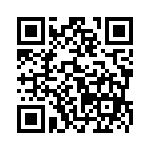