Thomas Schatz is Philip G. Warner Professor of Communication at the University of Texas, Austin. His previous books include The Genius of the System: Hollywood Filmmaking in the Studio Era (1996) and Hollywood Film Genres (1980). He is a regular contributor to various television programs on film, including the PBS series The American Cinema. 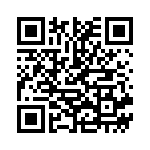