Douglas Kellner is George Kneller Chair of Philosophy of Education at UCLA. He is the author of many books on social theory, politics, history, and culture, including Camera Politica: The Politics and Ideology of Contemporary Hollywood Film, co-authored with Michael Ryan, and Media Spectacle and the Crisis of Democracy. He is the co-editor of Media and Cultural Studies Keyworks (Wiley-Blackwell 2006). Kellner’s most recent book is Guys and Guns Amok: Domestic Terrorism and School Shootings from the Oklahoma City Bombings to the Virginia Tech Massacre. His website is at www.gseis.ucla.edu/faculty/kellner/kellner.html. 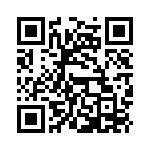