Page 61
ince of Pskov), Moscow, Petersburg, Malinniki and Pav- lovskoe (estates
belonging to Praskovia Osipov and Pavel Vulf, respectively, near Torzhok, in the
province of Tver), Boldino (Sergey Pushkin's estate near Lukoya- nov, in the
province of ...
Page 62
I cannot make out from published material whether the rest of Pushkin's
notebooks containing EO's drafts, Cahiers 2371 and 2382, also stemmed from
the "Ovid" lodge storeroom. Vulf, in his diary (entry of Sept. 16, 1827), speaks of
two black ...
Page 73
This is followed up by a letter of Apr. 7, "the anniversary of Byron's death," in
which Pushkin, from Mihaylovskoe, informs Vyazemski that he has had the
village pope sing a Requiem Mass for God's slave, boyarin Georgiy, complete
with an ... 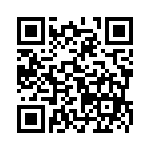