An earnestly didactic case study about homophobia. Mary Griffith, a mother of four in the suburbs of San Francisco, was a conservative Presbyterian who viewed her son Bobby's homosexuality as an ... Consulter l'avis complet

Leroy Aarons, an award-winning journalist and playwright, was a national correspondent for The Washington Post and executive editor of The Oakland Tribune. He is the founder and past president of the National Lesbian and Gay Journalists Association. 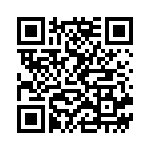