Page 197
6 Revolutions Aborted: Chile, Nicaragua, Portugal If Cuba and Venezuela
represent the clearest examples of successful popular revolutionary processes
which in different ways maintain their validity, there are a number of other
experiences ...
Page 205
There is reason to believe that such an approach might have functioned in Chile
also; although Allende did not have the advantage of being a military officer, key
officers like Prats expressed views which were not so different from those of ...
Page 279
... (Soldiers United Will Win), 219 Tancazo coup (Chile), 204 Telesur, 186
TeleVive, 191 Téllez, Dora Maria, 212 Thatcher, Margaret, 45, 206 Tomic,
Radomiro, 198 Torricelli Law, 109 Torrijos, Omar, 145 Tree of the Three Roots,
147 Trejo, Col. 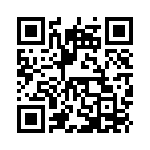