Carmine Prioli was born and raised in Boston, MA. He received his B.A. from Suffolk University in 1968, his master's from Boston College in 1971, and his Ph.D. from the State University of New York at Stony Brook in 1975, all in English. Prioli moved to North Carolina in 1977 to teach at North Carolina State University. From 2003 to 2005, he edited the North Carolina Folklore Journal. He is the author of Hope for a Good Season: The Ca'e Bankers of Harkers Island and editor of The Poems of General George S. Patton, Jr.: Lines of Fire. He also co-edited Life at the Edge of the Sea: Essays on North Carolina's Coast and Coastal Culture with Candy Beal. He lives in Chapel Hill with his wife of twenty-nine years, Elizabeth, and has two sons, John and Andrew. Scott Taylor is a graduate of the University of North Carolina at Chapel Hill. He was a photographer for the Chapel Hill News and the Duke University Marine Laboratory before opening Scott Taylor Photography, along with his own gallery and studio, in Beaufort, North Carolina. 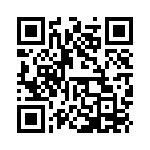