Idiosyncratic but interesting. Author Thomas Dubois is an Associate Professor of Scandinavian Studies at the University of Washington. The idiosyncratic part comes early and often; Dubois makes ... Consulter l'avis complet

Thomas A. DuBois is Associate Professor in the Department of Scandinavian Studies and Comparative Literature at the University of Washington. He is the author of Finnish Folk Poetry and the Kalevala. 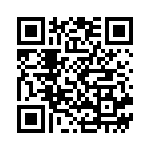