Lewis Mumford has been referred to as one of the twentieth century's most influential "public intellectuals." A thinker and writer who denied the narrowness of academic speciality, Mumford embraced a cultural analysis that integrated technology, the natural environment, the urban environment, the individual, and the community. Although he lacked a formal university degree, Mumford wrote more than 30 books and 1,000 essays and reviews, which established his "organic" analysis of modern culture. His work defined the interdisciplinary studies movement, especially American studies; urban studies and city planning; architectural history; history of technology; and, most important in the present context, the interaction of science, technology, and society. Mumford was the editor of Dial, the most distinguished literary magazine of its era, and in 1920 he served as editor of Sociological Review in London and was strongly influenced by Sir Patrick Geddes, the Scottish botanist, sociologist, and town planner. In 1923, Mumford became a charter member of the Regional Planning Association of America, an experimental group that studied city problems from a regional as well as an ecological point of view. Mumford's well-known principle of "organicism" (the exploration of a cultural complex, where values, technology, individual personality, and the objective environment complement each other and together could build a world of fulfillment and beauty) was discussed in all of his work, spanning a career of nearly 70 years. Mumford's first book, The Story of Utopias (1922), introduces reliance on history to understand the present as well as to plan for the future. His books on architectural history and his works in urban studies established Mumford's reputation as the leading American critic of architecture and city planning. Each book views and analyzes the city, or built environment, in the context of form, function, and purpose within the larger culture. Mumford's books are focused on technology's role in civilization, especially "the machine" and "megatechnics." As a result, they have provided formative direction and structure to science, technology, and society studies and have established Mumford's stature as one of the foremost social critics of the twentieth century. Mumford's most profound and important analysis of technology (and the work that most directly influenced interdisciplinary technology-society studies) is the two-volume The Myth of the Machine:Volume 1, Technics and Human Development (1967), and Volume 2, The Pentagon of Power (1970). It was written following World War II (during which Mumford lost his son) after the deployment of atomic weapons by Russia and the United States, and during the arms race. This major work reflects a noticeable reinterpretation of the role of technology and a deep pessimism regarding "megatechnics," a metaphor Mumford uses for intrusive, all-encompassing systems of control and oppressive order. He views the military-industrial complex (the most horrendous "megamachine") as destroyer of the emotive and organic aspects of life. Mumford argues against the loss of personal autonomy and the organic world by electricity-based computer systems. Mumford died on January 26, 1990. 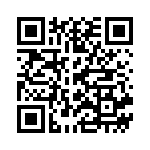