Michael Rosen started writing as a teenager, when his mother needed some poems for Radio programs she was making. While at college, he wrote a play which was staged at the Royal Court theatre in London. Rosen's first book was published in 1974, and he is one of Britain's leading children's poets. Michael Rosen launched the National Year of Literacy project, which encouraged children to help produce an Anthology to be used during the Literacy Hour in primary schools. Children ages 4-11 were invited to submit poems and illustrations featuring their favorite tree. Rosen also led the final judging sessions to decide which submissions would be included. 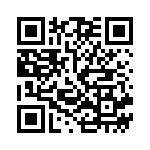