Gene Allen is a professor in the School of Journalism and the Joint Graduate Program in Communication and Culture at Ryerson University. A professional journalist for 20 years at the Globe and Mail and the CBC, he was director of research and a senior producer for the award-winning documentary series Canada: A People's History and editor of its companion book.

Daniel J. Robinson is an associate professor in the Faculty of Information and Media Studies at the University of Western Ontario. 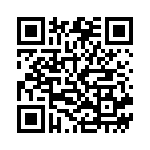