Jeffery George Lowe was born in Ogden, Utah on September 13, 1950. His father introduced him and his seven siblings to climbing when they were young. Lowe spent three years at Tahoe Paradise College on a ski racing scholarship before becoming a full-time climber. He worked with the nonprofit outdoor educational organization Outward Bound and gave climbing lessons to support himself when he was young. He was known for tackling routes that seemed impossible to other climbers and taking along as little equipment as he could. In 1974, he and Mike Weis became the first to reach the summit of the Bridal Veil Falls in Telluride, Colorado. In 1991, Lowe conquered a new route up Eiger in the Swiss Alps. He named the route Metanoia and the first ascent became the focus of a 2014 documentary entitled Jeff Lowe's Metanoia. He wrote several books including Ice World: Techniques and Experiences of Modern Ice Climbing. He helped introduce climbing competitions to the United States and helped improve climbing technology and apparel by designing and testing new gear for Lowe Alpine Systems, a company founded by his brothers. He died from pneumonia and a degenerative disease on August 24, 2018 at the age of 67. 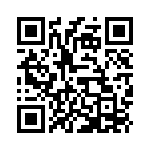