Robert Escobar holds 1st degree black belts in Shoreikan Goju-ryu karate, kobudo (i.e. Okinawan weaponry) and has studied various martial arts for over twenty years. Additionally he has collected and researched antique weapons for the same amount of time. Many of the antiques he has examined over the years are displayed on his YouTube channel (Object History). He earned his BA in history from the University of Dallas and lives with his wife and children in Texas. 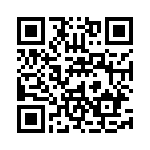