William McCarthy is professor emeritus of English at Iowa State University. He is the coeditor of The Poems of Anna Letitia Barbauld and the author of Hester Thrale Piozzi: Portrait of a Literary Woman. 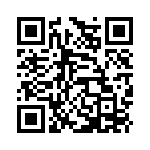