BERNARD SENDALL went to an elementary school, of which his father was headmaster, and subsequently, on scholarship, to the Royal Grammar School, Worcester. At the age of 16 he won an Open Demyship in modern history at Magdalen College, Oxford. He graduated at 20 with a first in modern history and then went on to read modern greats. In 1934-5 he was a Henry Fund Fellow in the Graduate School of Arts and Sciences at Harvard University. Entering the Home Civil Service in 1935, he became private secretary to the wartime Minister of Information, Brendan Bracken, 1941-4. He helped to establish the postwar Central Office of Information, where he was Controller (Home), 1946-9. From 1949 to 1951 he was Controller, Festival of Britain, for services to which he was made CBE in 1952. After further service in the Admiralty, he moved into television in 1955 as Deputy Director General of the ITA (later IBA), in which post he remained until 1977. On leaving he received the gold medal of the Royal Television Society for outstanding service to television. 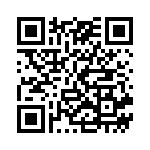