Jane Juffer is Professor in the Department of English and the Program of Feminist, Gender, and Sexuality Studies at Cornell University. She is the author of three books: Intimacy Across Borders: Race, Religion, and Migration in the U.S. Midwest (2013); Single Mother: The Emergence of the Domestic Intellectual (NYU Press, 2006); and At Home with Pornography: Women, Sex, and Everyday Life (NYU Press, 1998). 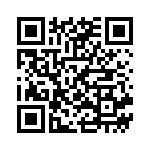