Page 17
... word pronounces upon him , whether he himself thinks so or not . Divine justice
calls aloud for his punishment , saying , “ Cut it down ; why cumbereth it the
ground ? ” Luke xiii . 7 . Reader , if you are unconverted , then you may imagine
the ...
Page 50
So the alarmed , but yet unbelieving sinner , is apt to imagine his own case to be
a solitary exception , and to indulge this fancy against all fact and reasoning , as
well as against the general assertion of Scripture , rather than give up his ...
Page 74
Or does he imagine that , after suffering the accepted time , now , to pass , in
which , compliance on his part would have placed him in a happy conjunction
with sovereign power ; that after treating the supreme command with indifference
and ... 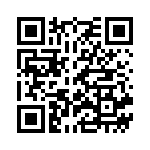