Pushi was born in Moscow. In 1817 he entered government service, but his liberalism caused him to exile to S Russia in 1820, until after the ascension of Nicholas I in 1826. Hailed in Russia as its greatest poet. He also wrote many lyrical poems, tales, and essays, and was appointed Russian histographer. His marriage to Nikolayevna Goncharova proved unhappy and led to his early death, defending his wife;s honour in a duel with her brother-in-law.

Vladimir Vladimirovich Nobokov was born April 22, 1899 in St. Petersburg, Russia to a wealthy family. He attended Trinity College, Cambridge. When he left Russia, he moved to Paris and eventually to the United States in 1940. He taught at Wellesley College and Cornell University. Nobokov is revered as one of the great American novelists of the 20th Century. Before he moved to the United States, he wrote under the pseudonym Vladimir Serin. Among those titles, were Mashenka, his first novel and Invitation to a Beheading. The first book he wrote in English was The Real Life of Sebastian Knight. He is best know for his work Lolita which was made into a movie in 1962. In addition to novels, he also wrote poetry and short stories. Nabokov died July 2, 1977. 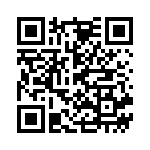