Roulhac B. Toledano is a Pelican Publishing author.

Elizabeth Z. Coty is the granddaughter-in-law of François Coty and the former director of Cosmetics and Fragrance for Coty, Inc. New York. She was named Professional Woman of the Year by the New York Journal-American in 1960 and went on to work as the founder and publisher of Marbella Times newspaper and magazine in Spain. 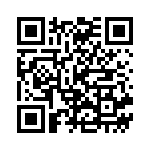