For your Mac community, you can't go wrong with these titles. Linzmayer's Apple Confidential is an unofficial history of Apple and a great read. Pogue's MacWorld Mac Secrets explains all the oddities ... Consulter l'avis complet

Owen W. Linzmayer is a San Francisco-based freelance writer who has been covering Apple since 1980. He has written four other Macintosh books including The Mac Bathroom Reader (Sybex). Owen's website is available at http://www.owenink.com/confidential.html. 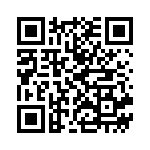