Gregg Adams earned a doctorate in physics in 1983 from the University of Missouri-Rolla. His interest in the World War I's East African campaign begin in 1973, when he first read Major J.R. Sibley's Tanganyika Guerrilla, followed shortly by reading Charles Miller's Battle for the Bundu. From that time he has studied the campaign with a particular interest in the 1917–18 period, an aspect of the conflict poorly covered in most publications.

Johnny Shumate works as a freelance illustrator living in Nashville, Tennessee. He began his career in 1987 after graduating from Austin Peay State University. Most of his work is rendered in Adobe Photoshop using a Cintiq monitor. His greatest influences are Angus McBride, Don Troiani, and Édouard Detaille. 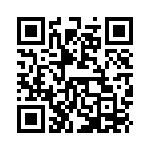