Sharon Scott is an author and toy enthusiast whose work on American popular culture has been published by Greenwood Press, Golson Media, and ABC/Discovery News. 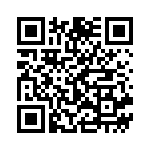