THE BATTLE THAT STOPPED ROME by Peter S. Wells. Mr. Wells is “professor of anthropology at the University of Minnesota and the author of the award-winning THE BARBARIANS SPEAK.” According to accounts ... Consulter l'avis complet

The Battle of Teutoberg Forest stopped Rome's continued conweust cold at the Rhine River in Germany and acted to slow advances elsewhere. The aged Emperor Augustus was stricken by the loss of three ... Consulter l'avis complet

Peter S. Wells is professor of archaeology at the University of Minnesota. He is the author of The Battle That Stopped Rome and The Barbarians Speak. He lives in St. Paul. 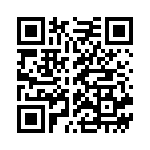