PAUL RUTHERFORD is Professor in the Department of History at the University of Toronto. 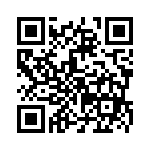