Paul Bowman is Director of Postgraduate Research Studies in the School of Journalism, Media and Cultural Studies at Cardiff University. He is the founding editor of JOMEC Journal and Martial Arts Studies; founder of the Centre for Interdisciplinary Film and Visual Culture Research; Director of the Race, Representation and Cultural Politics Research Group and co-director of the Reconstructing Multiculturalism Research Network. He is the Editor-in-Chief of Cardiff University Press.

He has edited multiple issues of the journal Parallax, plus issues of the journals Postcolonial Studies, Social Semiotics and Educational Philosophy and Theory, as well as regular issues of JOMEC Journal. In addition, he has edited several books: Interrogating Cultural Studies (2003), The Truth of Žižek (2006), The Rey Chow Reader (2010), Reading Rancičre (2011) and Rancičre and Film (2013). He has also authored many academic monographs: Post-Marxism versus Cultural Studies (2007), Deconstructing Popular Culture (2008), Theorizing Bruce Lee (2010), Culture and the Media (2012), Beyond Bruce Lee (2013) and Reading Rey Chow (2013). His work has been translated into Italian, Spanish, Chinese and Farsi. He is on the editorial board of Culture Machine, Global Discourse, East Asian Journal of Popular Culture, The Poster, and Ctrl-Z: New/Media/Philosophy. 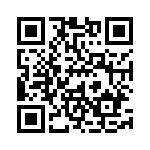