An excellent advanced grammar of Biblical Hebrew. Jouon-Muraoka (JM) provides as much depth as GKC with the benefit of modern revision. The discussions are a bit clearer and more expansive than in ... Consulter l'avis complet

Tamitsu Muraoka was born in Japan and educated at the Tokyo Kyoiku University in English Philology (BA 1960), Greek, Hebrew and general linguistics (MA 1962), and Hebrew and Semitic linguistics (PhD 1970) at the Hebrew University in Jerusalem. He taught Hebrew, Aramaic, Syriac and Ethiopic at the University of Manchester, U.K. (1970-80). He was Professor of Middle Eastern Studies at the University of Melbourne, Australia, teaching those languages (1980-91). He was Professor of Hebrew at Leiden University, The Netherlands (1991-2003). Professor Muraoka has recently received the distinction of being elected as an Honorary Member of the Academy of the Hebrew Language in Jerusalem (2006). 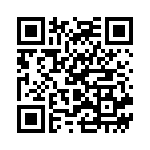