Artist and writer Clarence Major grew up in Chicago and later received his Ph.D. from the Union Institute in Ohio. He has been a judge for the National Book Awards and was twice named to the panel of the National Endowment of the Arts. Major has written eight novels including "Such Was The Season" and "Painted Turtle," which received citations from the New York Times Book Review as Summer Reading and Notable Book of the Year, and "My Amputations," which received the Western States Book Award. Major published "Juba Jive: A Dictionary of African American Slang," as well as nine other books of poetry that won a National Council of the Arts Award and two Pushcart Prizes. 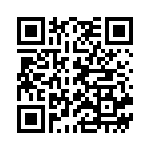