This is a wonderfully prepared and written book and so valuable to the genealogy community. Consulter l'avis complet

Peter Richardson is Emeritus Professor of the University of Toronto in the Department for the Study of Religion. His books include "Building Jewish in the Roman East and Herod: King of the Jews and Friend of the Romans,"

Douglas Richardson is Emeritus Professor of the University of Toronto in the Department of Fine Art. His books include "The Open Gate: Toronto Union Station"; "Ontario Towns"; and "A Not Unsightly Building: University College and Its History,"

John de Visser has over 50 books to his credit. A member of the Royal Canadian Academy of Arts, he was awarded the Lifetime Achievement Award from the Canadian Association of Photographers and Illustrators in Communications. 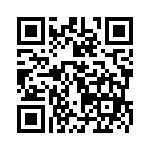