Valerie Rohy is Assistant Professor of English at the University of Vermont. She is coeditor, with Elizabeth Ammons, of American Local Color Writing, 1880?1920: An Anthology. 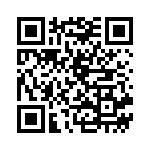