Howard Mark is President of Mark Electronics, Suffern, New York. He was previously affiliated as a Senior Scientist at Technicon Instrument Corp. in Tarrytown, New York. He holds a B.S. degree from City College of New York, an M.A. from City University of New York, and a PhD from New York University. His professional interests include instrument development, especially for spectroscopy; statistical and chemometric data analysis; and Custom software development, especially for implementation of data analysis algorithms. He received the 2003 Eastern Analytical Symposium Award for Achievement in Near Infrared Spectroscopy. He holds 6 U.S patents and has published 2 books and numerous book chapters. He has acted as Associate editor for the Handbook of Vibrational Spectroscopy, Wiley (2001). He has served as Past president of Council for Near-Infrared Spectroscopy (CNIRS), Treasurer of the New York section of the Society for Applied Spectroscopy, and as Past Chair of the New York section of the Society for Applied Spectroscopy. In addition he acts as Contributing editor and member of the Editorial Advisory Board of Spectroscopy. He has published over 150 peer-reviewed papers dealing with design and development of scientific instrumentation, new concepts in computerized instrumentation and data analysis.

& Engineering at Argose Inc., Waltham, MA. In his career, Workman has

focused on molecular and electronic spectroscopy and chemometrics. He has

published over 200 scientific papers, 7 text volumes, and over 20 patents,

patents pending, and trade secrets. He received the B. A. degree in natural

Mary's University of Minnesota, and the Ph.D. degree in biological chemistry

from Columbia Pacific University. He has completed technical management

certificates from Columbia University and MIT. He is a Fellow of the

American Institute of Chemists, the American Society for Testing and

Materials International, and the Royal Society of Chemistry. In 2002 he was

Scientist of the Year; and the Eastern Analytical Symposium Award for

Outstanding Achievements in the Field of Near Infrared Spectroscopy. 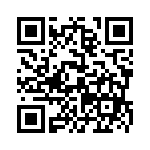