is Honorary Research Fellow in the Department of Ancient History at Macquarie University, Australia. He has published numerous articles on Byzantine theology and is the author of Depicting the Word: Byzantine Iconophile Thought (Brill, 1996).

is at Manchester Metropolitan University.

Sydney H. Griffith is at the Catholic University of America. 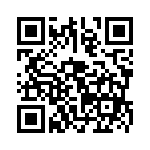