I found this book useful when I was attempting to understand how I had gotten myself involved in a cult-like group. The authors are very thorough in their deconstruction of the dynamics of ... Consulter l'avis complet

Joel Kramer and Diana Alstad are co-authors of The Guru Papers: Masks of Authoritarian Power. They have written and taught together since 1974 on evolution, spirituality, relationships, values, awareness, yoga, and social issues. Their Web site is www.joeldiana.com.Joel Kramer, the author of The Passionate Mind, did post-graduate work in philosophy and psychology and was a resident teacher at Esalen Institute (1968-1970). He is a pioneer and legend of modern American yoga whose evolutionary vision of yoga freed it from its authoritarian roots, re-visioning it for the West.Diana Alstad, a Woodrow Wilson Fellow, received a doctorate from Yale University in 1971. She taught in the humanities and initiated and taught the first Women's Studies courses at Yale and Duke. She envisioned the Yoga of Relationship and developed it with Kramer. 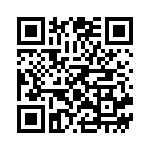