Dermot Gault was born in Belfast and studied music at Queen's University Belfast, where he obtained a doctorate for a thesis on Bruckner's symphonies in 1994. He has contributed to The Bruckner Journal since its inception and addressed Bruckner Conferences in Nottingham and Oxford. He has also contributed to Music Ireland and The Irish Times. 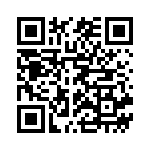