Thomas F. Tartaron is Associate Professor of Classical Studies at the University of Pennsylvania, where he is also Chair of Art and Archaeology of the Mediterranean World Graduate Group, and a Consulting Scholar in the Mediterranean Section of the University of Pennsylvania Museum of Archaeology and Anthropology. He has been a Colburn Fellow and Fulbright Fellow at the American School of Classical Studies at Athens. He has participated in numerous excavations and regional surveys in Greece, Iraq, Albania and the United States. His current field project, the Saronic Harbors Archaeological Research Project, co-directed with Daniel J. Pullen, has exposed a unique Mycenaean harbor settlement that may have been one of Mycenae's main ports on the Aegean Sea. This work is supported by the National Science Foundation (USA) and a number of private foundations. Tartaron has published many articles on Greek prehistory and archaeological method and theory in edited volumes and in journals such as Antiquity, Hesperia and the Journal of Archaeological Research. His previous book, Bronze Age Landscape and Society in Southern Epirus, Greece (2004), was published in the British Archaeological Reports International Series. 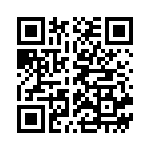