Applied scholarship in the best interdisciplinary tradition, examining how hysteria, the individual somaticization of anxiety, devolves to the ``hystories,'' or cultural narratives, of the title and ... Consulter l'avis complet

The ends of centuries have historically given rise to increased incidents of hysterical epidemics. Literary critic and medical historian Showalter has written a challenging and insightful history of ... Consulter l'avis complet

Elaine Showalter is Avalon Foundation Professor of the Humanities and professor of English at Princeton University. Hailed by the New York Times as "one of the country's most renowned feminist critics," she is the author of many books, including The Female Malady: Women, Madness, and English Culture, 1830-1980 and is a frequent contributor to the Times Literary Supplement and the London Review of Books. 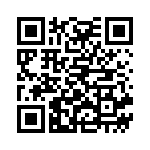