ANNE JUDGE is Professor Emeritus of French and Linguistics at the University of Surrey, UK. She has lectured and published extensively on language and linguistic legislation, originally in relation to France, French within the EU, and the Francophone world, but more recently on linguistic legislation in Britain, finding their similarities and differences both fascinating and enlightening. She is co-author of a history of French style, Stylistic Developments in Literary and Non-Literary French Prose (1995), and is perhaps best known as co-author of A Reference Grammar of Modern French, first published in 1983. 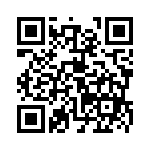