Katie Trumpener is Associate Professor of English, Germanic Studies, and Comparative Literature at the University of Chicago. 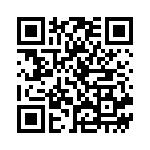