Page xii
existing rhymed translations into English, French, and German, his own methods
became ever more rigorous. By the spring of 1957, he wrote Wilson: “This is the
fifth or sixth complete version that I have made. I am now breaking it up, ...
Page xx
In line 13, he selects the bizarre “enluring” because Pushkin, instead of the usual
zamanchivďy, “alluring,” draws on an archaic equivalent with a different prefix,
and Nabokov revives the archaic English “enlure” to match. The final line seems
...
Page xxviii
1) Aleksandr Pushkin. In transposing Eugene Onegin from Pushkin's Russian
into my English I have sacrificed to completeness of meaning every formal
element including the iambic rhythm, whenever its retention hindered fidelity. To
my ideal ...
Page xxxvi
Russian Character Transliterated PRonounced H ro : : boy, “battle,” in which oy
sounds like the or in the English “boy” (in which, however, the o has greater
duration and they is not so strident); duy, “blow” (imperative), in which uy sounds
like ...
Page xxxvii
Q) sp f As in English. X x h or kh Close to ch in the German ach or the UH q ch III
III sh III III shch BI hi i Scottish “loch.” There is no k sound about it, as the usual kh
transliteration unfortunately suggests to the English eye. I have used kh only in ...

Vladimir Nabokov (1899–1977) was a Russian-American writer known for his unique blend of erudition and playfulness. His novels in English include Lolita, Pale Fire, and Ada. He also wrote poetry, short stories, translations from Russian, and a memoir, Speak, Memory. Brian Boyd is professor of literature at the University of Auckland. He is the author of Vladimir Nabokov: The Russian Years and Vladimir Nabokov: The American Years (both Princeton). 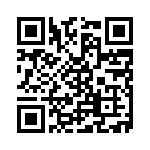